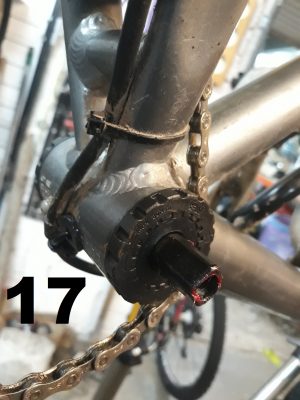 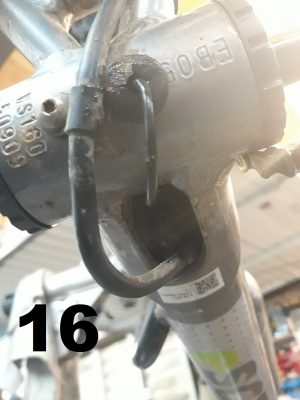 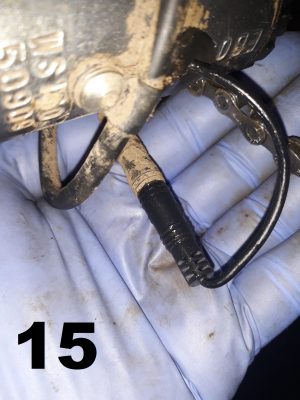 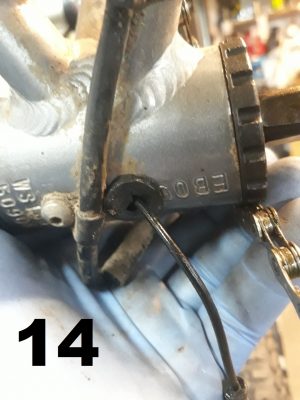 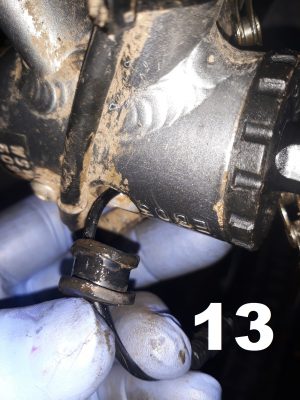 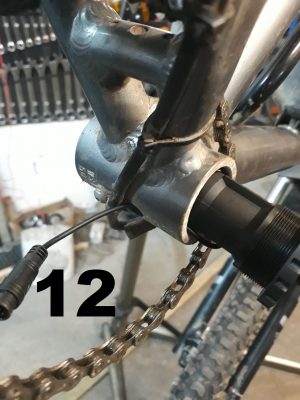 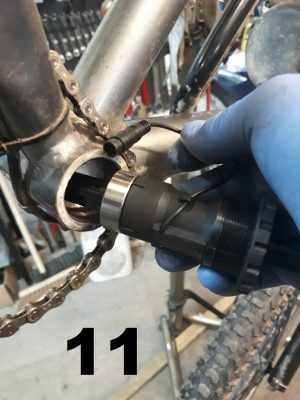 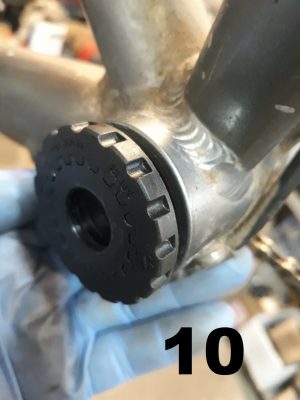 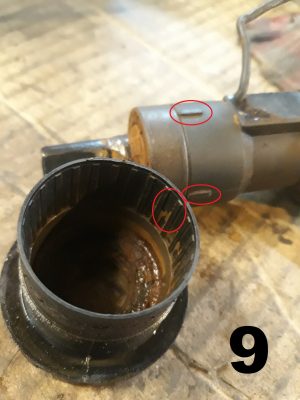 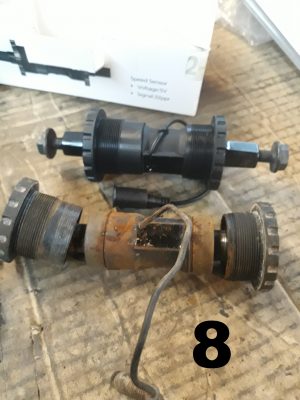 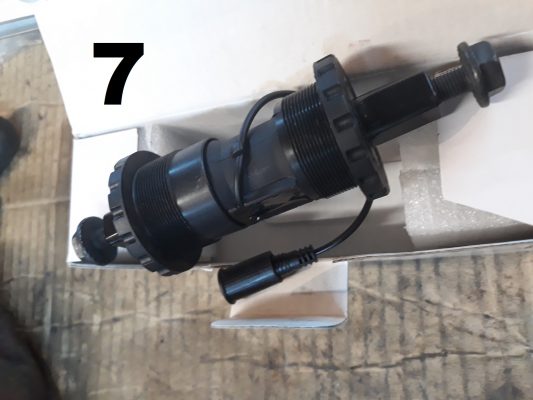 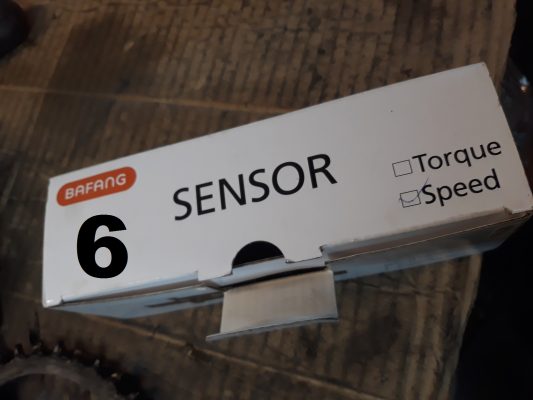 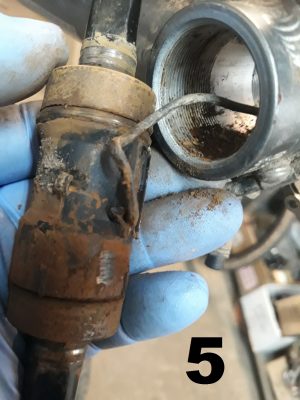 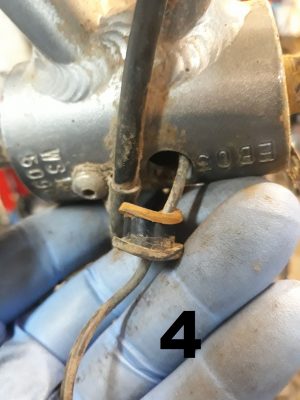 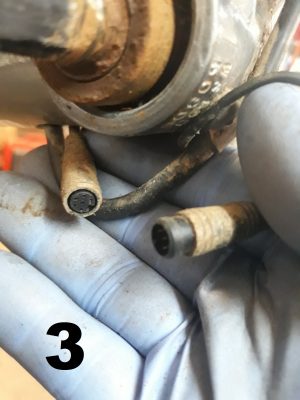 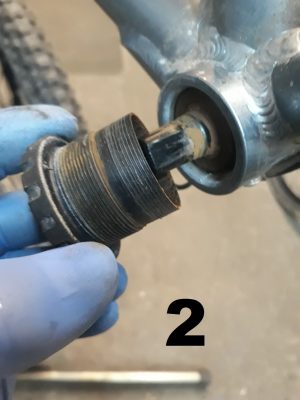 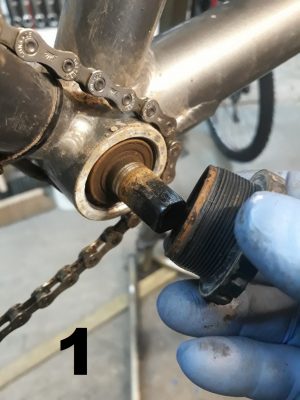 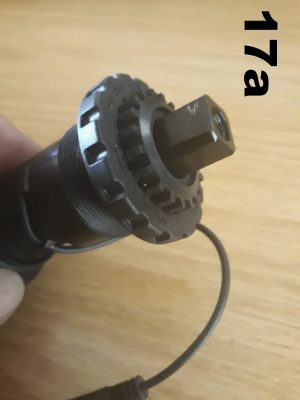 Jan 2022 – These are available from stock and are listed on the website to purchase. The new improved version now has a new grommet and dust seals for the cups.

A customer came in with their GTech Escent mountain bike for a service. I noticed that there was significant play in the bottom bracket and advised that it needed replacing.

The drive sensor is actually built in (internally) on the bottom bracket assembly so, having not changed one before I tried to google it. Nothing. Nada. Zilch. Has nobody ever replaced one of these?

Phoned GTech – sorry, can’t help you, our service and parts are done by Cycle Republic.

Tried to phone them, the bod on the other end of the phone knew even less than I did about it, so I put an email request in for assistance………………..

2 weeks later had a response saying ‘hope your enquiry has been dealt with satisfactorily blah blah blah’………well, actually no, I haven’t heard back from anyone until now.

Mucho apologies later the part was sent out and was duly delivered a week later.

Anyhoo, the point of this is that there was no information available on the internet about changing this part, so I just dived in and did it, and decided that maybe it would be a good idea to do a little ‘how to’ so that anyone else needing to do the same thing could refer to it.

Photo 1 – after removing the crank arms, undo the RIGHT hand cup (unscrews clockwise with a hollowtech bb tool) and remove it, then pull the bb out enough to disengage the left cup.

Photo 5 – slide the BB out of the housing (either side), feeding the wire and connector in through the hole.

Photo 10 – fully screw in the LEFT side cup first

Photo 11&12 – now feed the BB in from the right hand (drive) side, making sure that the plug goes in first and passes through the hole in the bottom of the BB housing. I put the sensor facing upwards but this is probably not critical. Push the BB in until the splines on the sleeve and the left cup engage – this will stop the sleeve rotating and damaging the wire when you tighten the right side cup anti-clockwise

Photo 13& 14 – slide the new grommet back over the plug and up the wire, then push into the hole (I found a light smear of silicone grease made this a lot easier)

Photo 15&16 – reconnect the plug and push back inside the frame. I used a cable tie to hold the wire to the thicker wire that comes out from the same place.

Photo 17 – the BB installed. Before refitting the cranks, push the dust seals into the outer recess of the cups, then refit cranks, pedals and chain and it’s good to go.

Looking at the construction of this, you could (in theory) refurbish it with new bearings (3903 2RS) even though officially it is not advised. You would need to be VERY careful not to damage the ring magnet on the inner spindle though, so probably best not attempted. Probably. Then again I might give it a go, I have done the same thing on other sealed BB’s with success 🙂 – these 3903 bearings seem to be horrendously expensive in UK though!