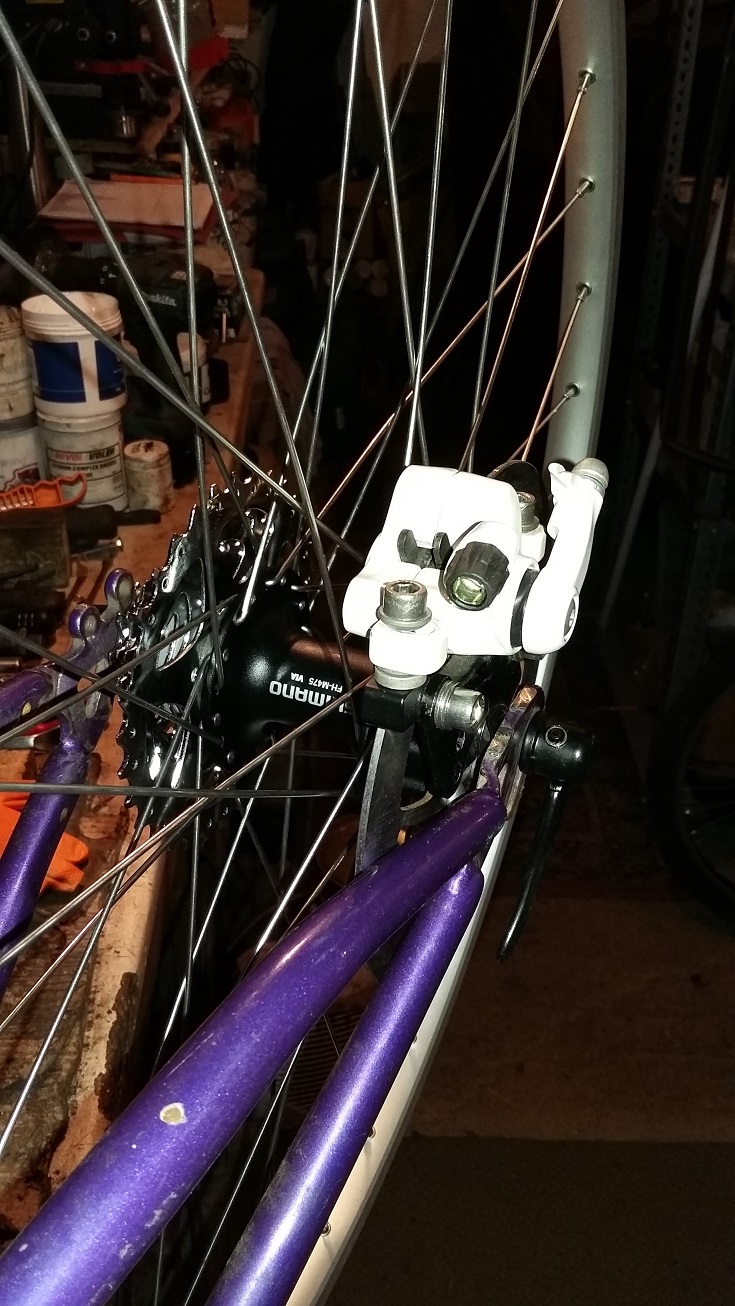 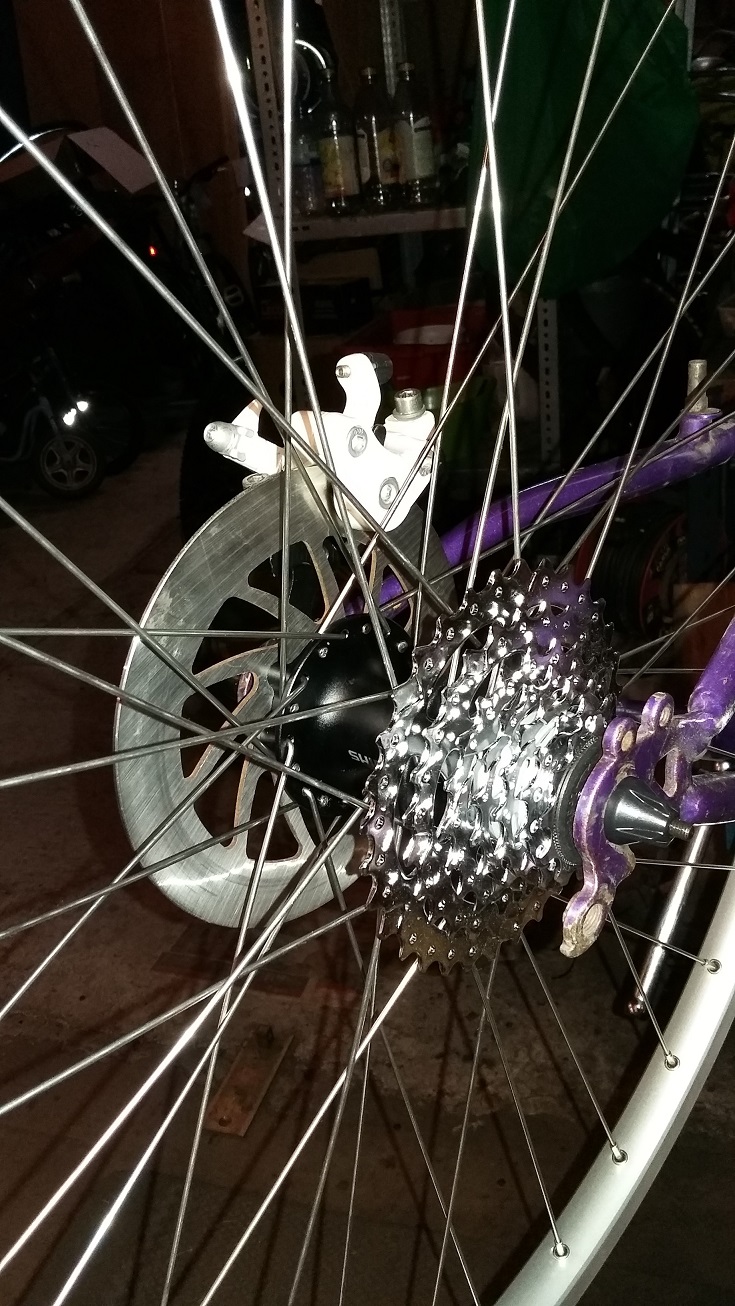 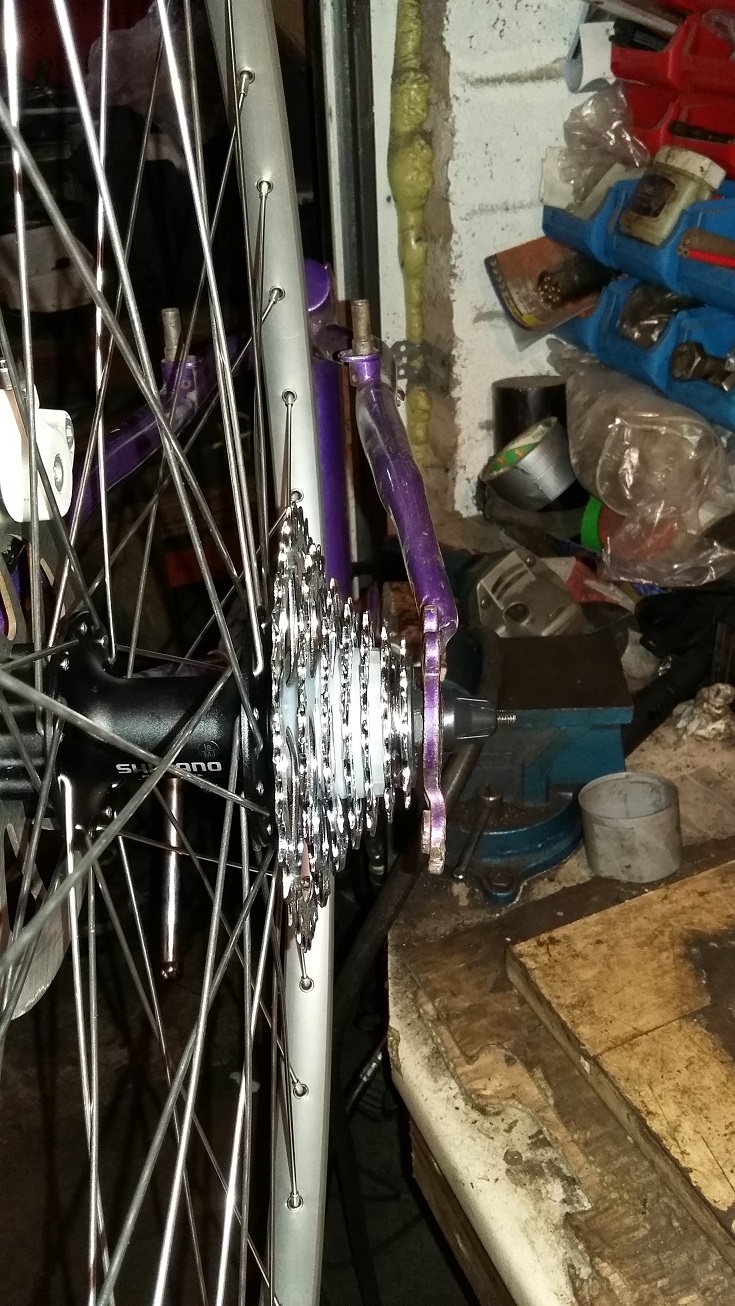 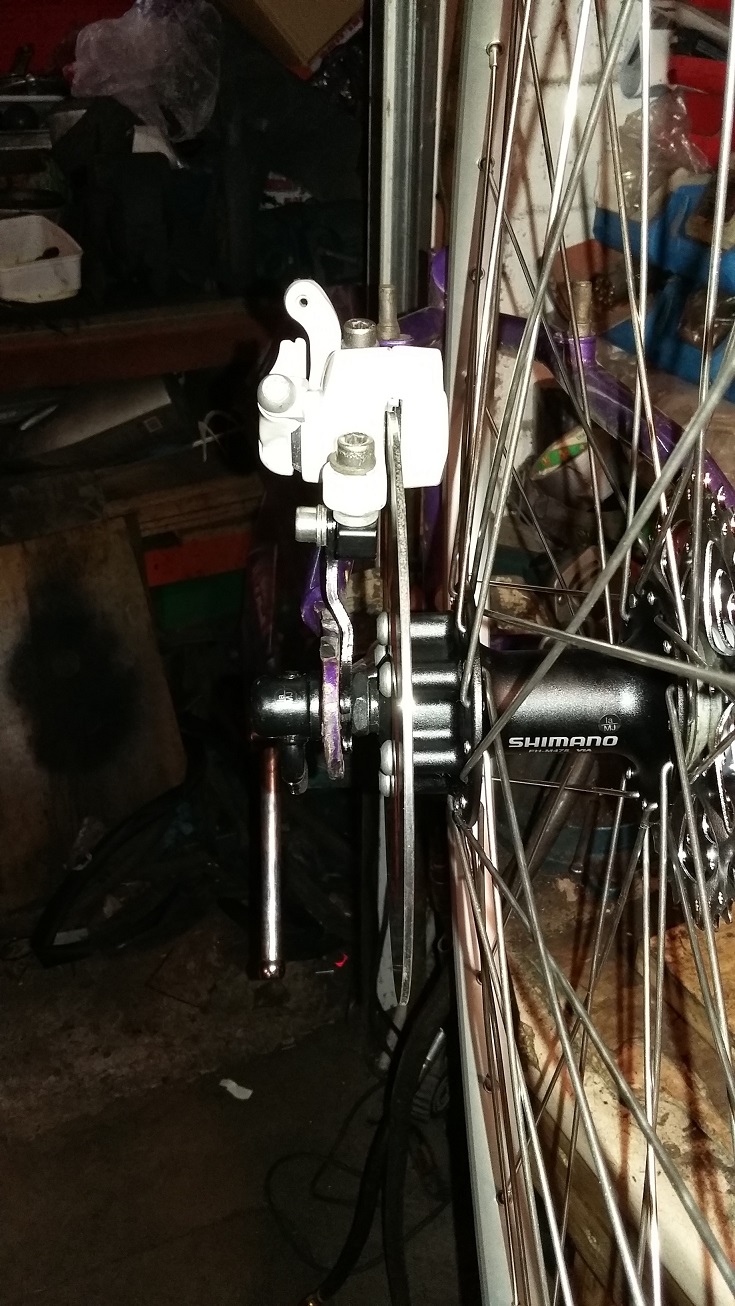 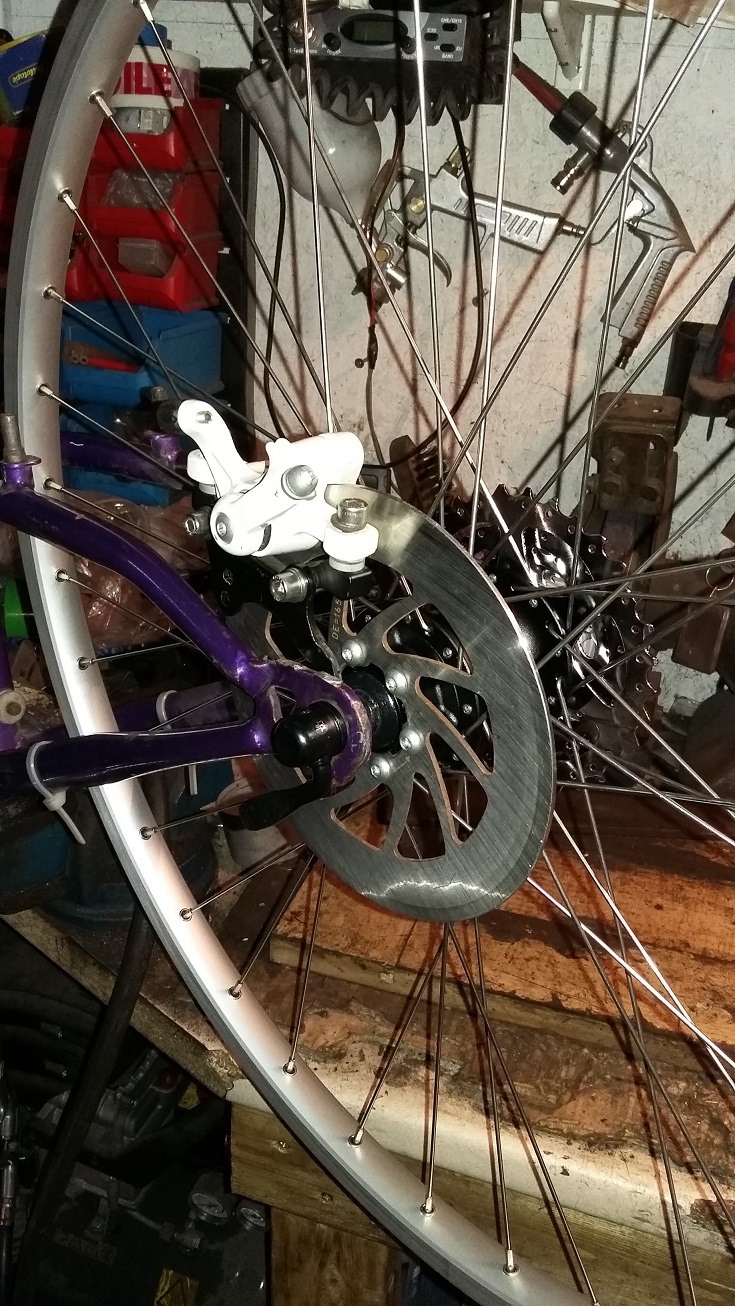 I assumed that this would be the end of the story, problem solved, but a few weeks later I had a call from Bob – they had enjoyed a couple of outings on the tandem, but on the last one – guess what – broken spokes in the rear wheel again …AAAARRRRGGGHHH! Head in hands moment.

On close inspection, it seems that the 14g spokes fitted into the holes in the hub where there were previously 12g spokes meant that they were able to move and flex too much at the head end. The hub flanges were also quite narrow when compared to modern types, which wasn’t helping to locate the spokes securely. That combined with the state of Herefordshire’s roads was more than enough to cause the damage sustained.

On the plus side, he reported that the brakes were ‘much better’ and the extra drag from the drum brake on a separate lever was noticeable, although still not remarkable. At least he felt as if the bike could be brought to a stop if the situation demanded it.

More discussions followed about how best to proceed and if it was, indeed, worth throwing more money at it or cut his losses and replace the beast. Bob decided that he would like to give it one more go as has a sentimental attachment to the bike and wasn’t ready to give in just yet. As he said, when the bike was working well and they were flying along on it, it felt great and was nice to ride.

It was decided that, with the state of the original back wheel in general, it was time to push it to one side and replace it, but trying to find an exact replacement had been fruitless, and anyway he decided that, if we were going to change it, would it be possible to have a wheel that had a more powerful hub brake? The subject of disc brakes came up, and although the frame was not originally designed for that purpose, I thought it would theoretically be possible with an adaptor bracket for the disc caliper and a disc hub. Aforementioned bracket bought and delivered in short order.

I already had a Shimano disc hub in stock along with the brake disc and caliper. The hub is only a 36 hole though, so we couldn’t use the Mavic rim from the old wheel. Enter a Rigida Sputnik hybrid rim with double wall and socketed nipple holes – looks a good strong rim. This has now been built with new stainless spokes and is ready to try in the tandem frame. As this is a freehub, we can now use a 7 speed cassette as long as there is room to accommodate it, but early tests show that it may be possible so fingers crossed. I mocked this up in the workshop on an old rear end of a bike (see photos) and it looked good, so now is the time to get the tandem in and actually try it on there.

There will be problems to overcome, mostly the nearside mounting point for the rear rack and mudguard, but I am sure we can find a way around that somehow.

Part 5 coming soon – how can you possibly contain yourselves?